The ADH1B and ADH1C genes encode two members of the alcohol dehydrogenase (ADH) family – the enzyme responsible for the conversion of ethanol to acetaldehyde (first step of alcohol metabolism). Genetic variants that increase the ADH activity increase the likelihood of adverse reactions to alcohol due to higher levels of acetaldehyde. These variants are also associated with a decreased risk of alcoholism. Changes in these enzymes do cause some facial flushing, but are more commonly associated with the other side effects.

The ALDH2 gene encodes a member of the aldehyde dehydrogenase (ALDH) family – the enzyme responsible for the conversion of acetaldehyde to acetate (second step of alcohol metabolism). A common variation in this gene decreases the ALDH activity, slowing the removal of the toxic acetaldehyde. This variant is the genetic change most commonly associated with intense facial flushing, known as the “Alcohol Flush” response. 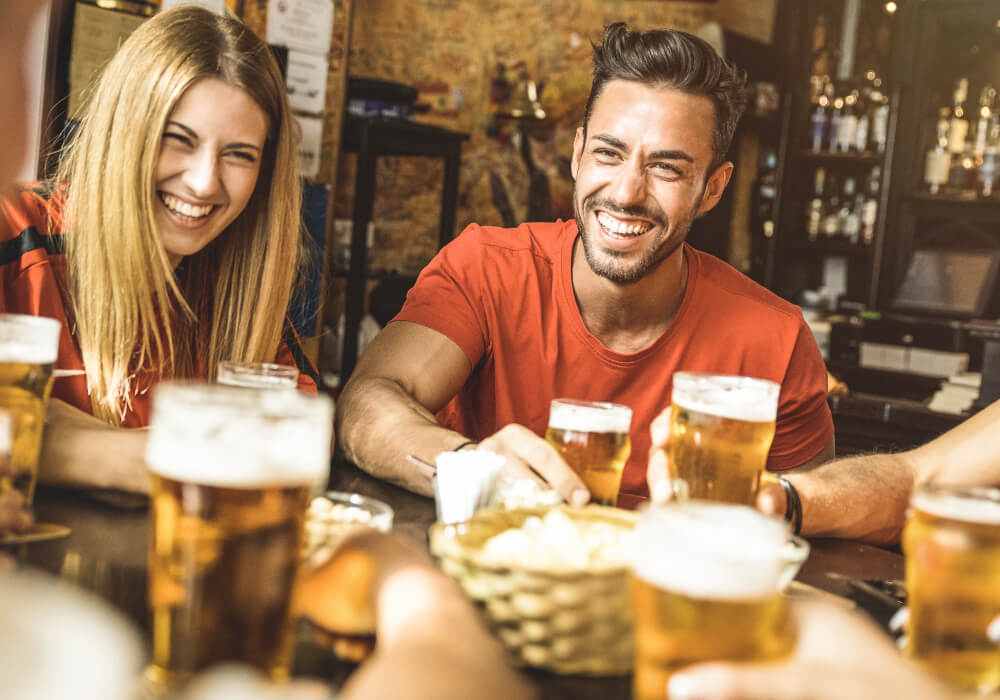 Find out whether you carry any genes associated with alcohol intolerance.
Web apps are available to users who have taken the test.
Get Test Already took the test? Sign in to access your results. Log In

Individuals that inherit two different variants (or alleles) of a particular gene are known as heterozygotes for that particular gene. The variants of the ADH1B, ADH1C and ALDH2genes have a cumulative affect. For example, an individual with two slow ALDH2alleles has zero detectable ALDH enzyme activity and will suffer from more severe side effects, compared to an individual that has one slow ALDH2allele and one fast ALDH2 allele (ALDH2 heterozygote). ALDH2 heterozygotes have 30-50% of the ALDH activity compared to individuals that have two fast ALDH2alleles. Heterozygotes may be at increased risk of alcohol-related health complications, as their side effects are often just viewed as irritating or embarrassing (e.g. a mild alcohol flush), but not enough to prevent them from drinking alcohol. Several recent studies of Asian populations have shown that ALDH2heterozygotes often still consume large amounts of alcohol, and some even take antihistamines to reduce the flush symptoms. Unfortunately this continued alcohol consumption considerably increases their risk of health issues – e.g. an approximately 10-fold increased risk of esophageal cancer for moderate drinkers and up to a 90-fold increased risk for heavy drinkers.