Diagnosis of celiac disease involves medical history, physical examination and laboratory tests. The tests for celiac disease are more reliable if performed under a gluten-containing diet, as the body can only produce antibodies upon gluten exposure.

The immune system is triggered in people with celiac disease, as gluten is mistakenly considered as a harmful foreign substance. One of the immune system responses involves production of antibodies upon gluten exposure. IgA and IgG are the usual antibodies that the immune system produces in response to a threat, and IgA is the primary antibody present in gastrointestinal secretions.

The blood tests that screen for celiac disease involve measuring levels of antibodies such as tTG IgA antibodies and EMA IgA antibodies. Tissue transglutaminase (tTG) is an enzyme that catalyzes the posttranslational modification on proteins, and endomysium (EMA) is the thin connective tissue layer that covers muscle fibers.

Other blood tests may also be performed to screen for celiac disease, such as complete blood count, chemistry screen, cholesterol and triglyceride, thyroid hormone test and bone density test.

Diagnosis of celiac disease is confirmed using an endoscopy. An endoscopy is a small, flexible tube with attached light and camera, which is inserted through the mouth to the small intestines. It is used to examine the digestive tract, check for damage to the villi and collect samples for a biopsy. 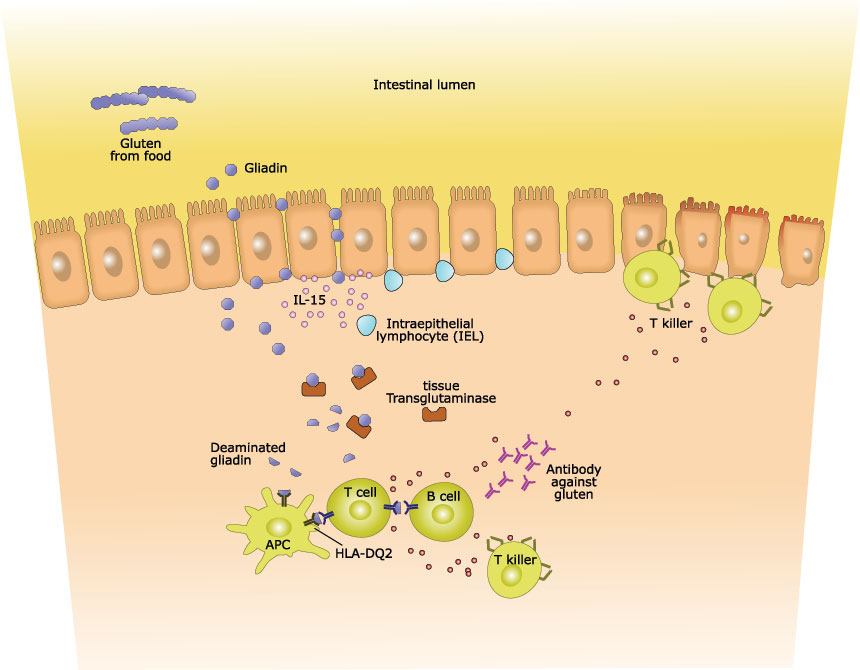 Find out whether you carry any genes associated with celiac disease.

Web apps are available to users who have taken the test.